What is atopic
dermatitis caused by?


Atopic dermatitis - From the inside out

If a person suffers with a chronic skin condition1, it may be atopic dermatitis, the commonest form of eczema. If someone struggles with frequent, reoccurring flare-ups, there may be an underlying cause within their body.2

With atopic dermatitis, even when the skin looks clear, inflammation may still be active under the surface, and a next flare-up may be waiting to return.3 Some people, however, always show signs of the disease.

The most obvious sign of atopic dermatitis is dry, itchy skin. Flare-ups are different for every person and can appear all over the body. Some other common external symptoms include: Redness, Oozing, Scabbing, Dry skin and Thick skin.4

Below you can find pictures showing what your skin may look like when experiencing symptoms of atopic dermatitis. 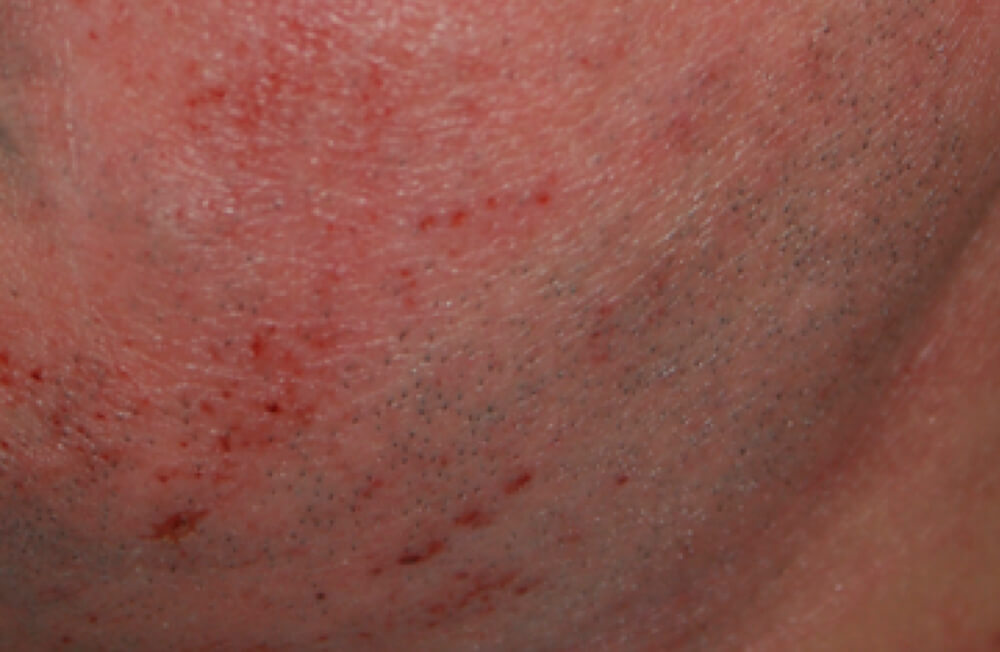 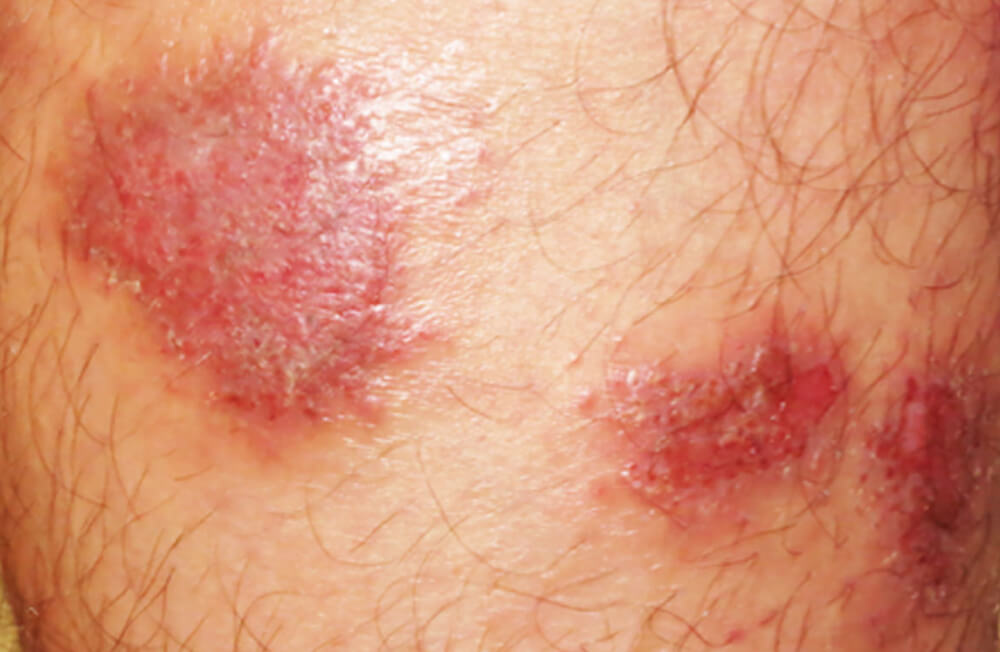 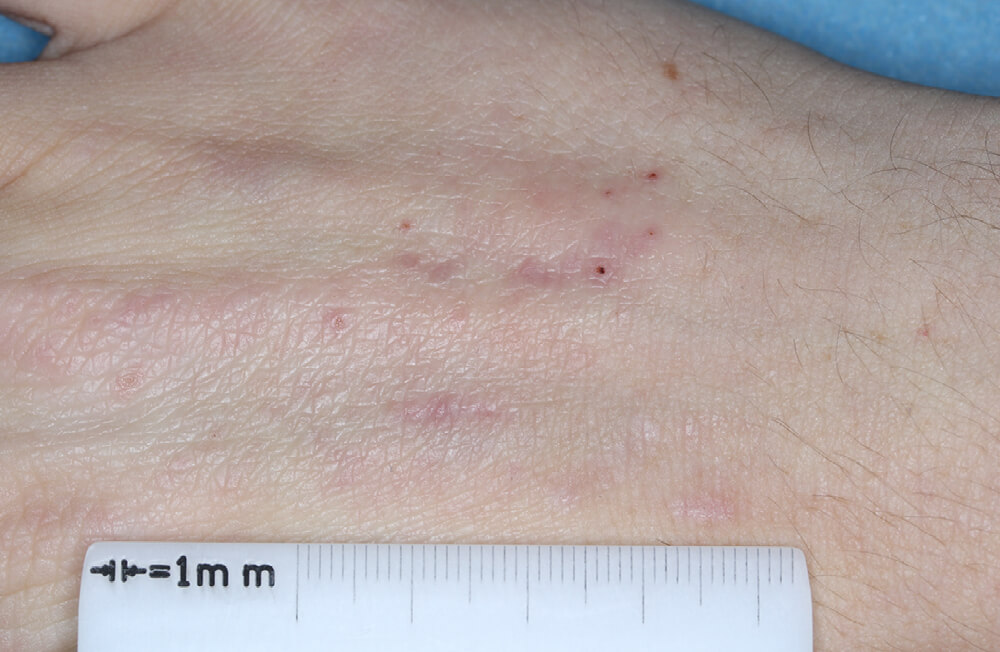 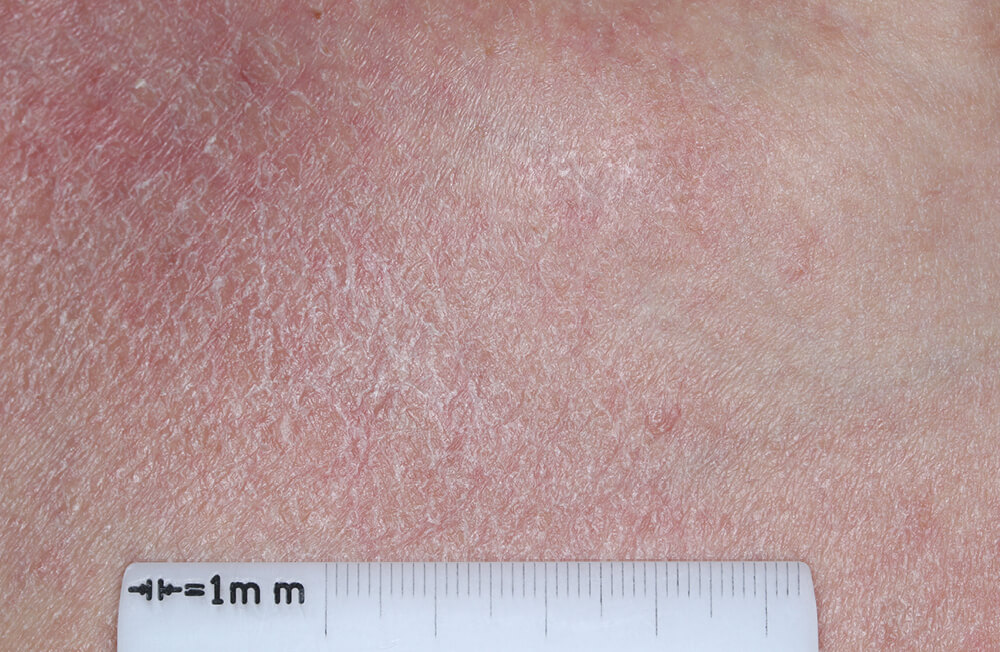 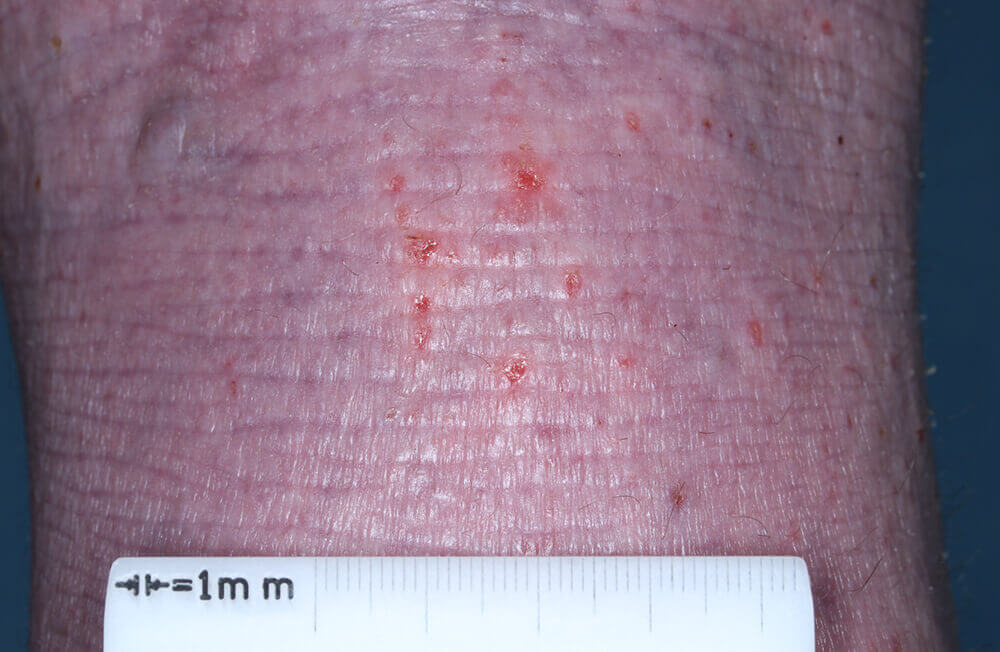 *Whilst this is an example of a common symptom, each individual case of atopic dermatitis will vary and therefore, this image acts as an example, not a comparator.

Whilst most people have similar symptoms with AD, the way these symptoms present can vary depending on skin colour. This is because of differences in skin pigmentation and the distribution of lesions5. For example, whilst rashes may appear red on those with lighter skin, the same rashes will appear "ashen”, brown, or grayish in colour on darker skin6. Another example of differences between presentation was shown in a study that compared white AD patients to east Asian AD patients. The study concluded that those patients from east Asia had more defined lesions, increased scaly skin and lichenification (hardened, leathery skin) when compared to the white patients in the study5. As a result of this, it is important not to compare how your AD presents on your skin with how AD presents on others. If you feel your AD is no longer controlled, you should consider contacting your healthcare professional.

With atopic dermatitis, the immune system is highly sensitive and can react to even the smallest irritants or substances that cause an allergic reaction.7 This reaction can cause excess inflammation underneath the skin, which may lead to frequent flare-ups. The rashes you see on the surface are just the visible signs of a deeper inflammatory disease. 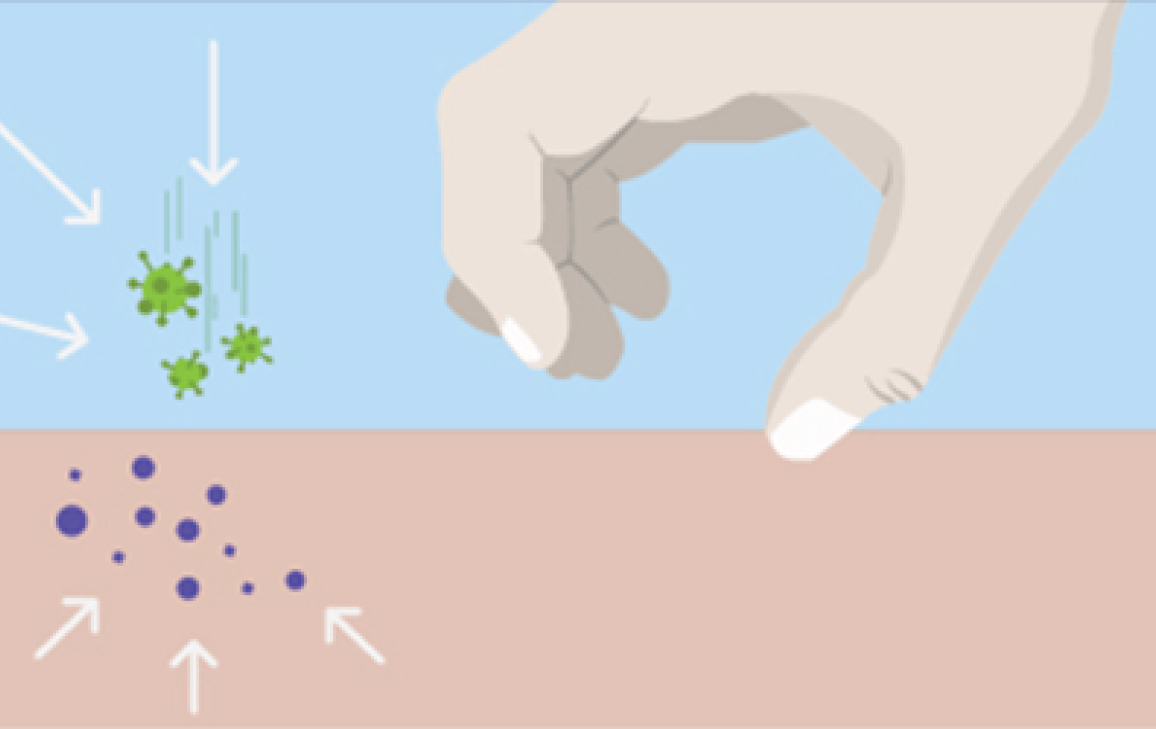 In people with atopic dermatitis, immune cells in the deeper layers of your skin send inflammatory signals to the surface, causing the itchy rash.4 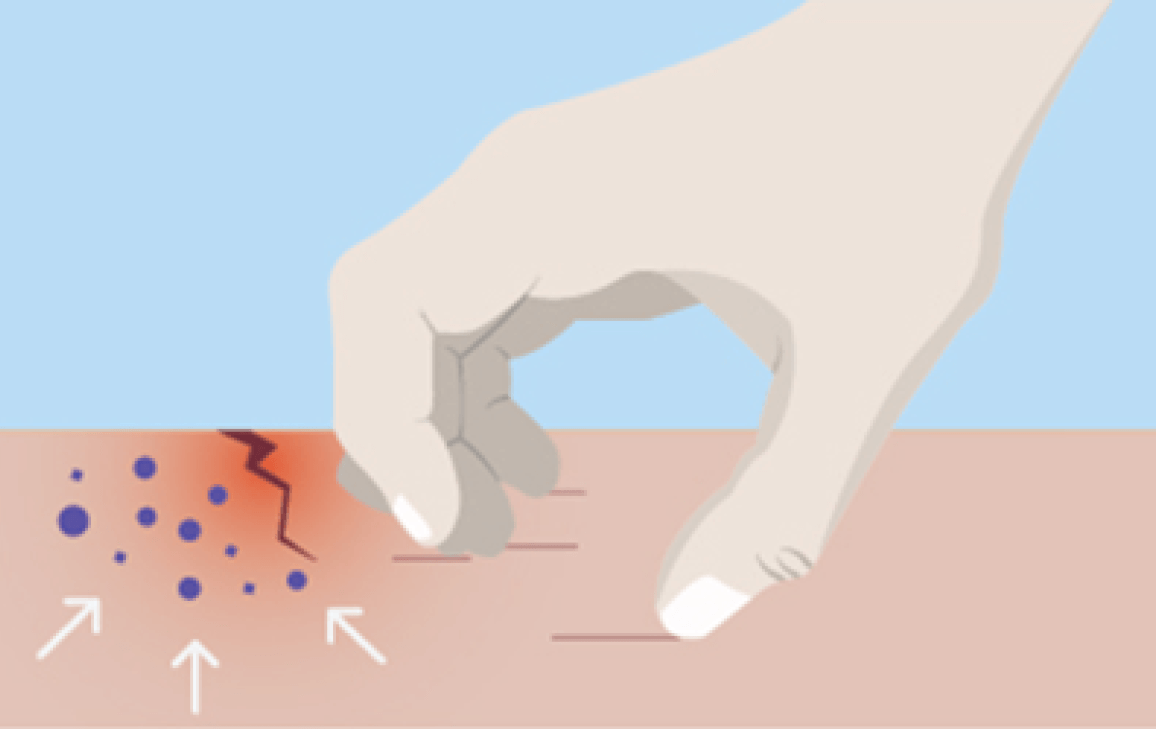 When you scratch, you can break down the outer layer of skin which allows germs, viruses and allergens to get in.4 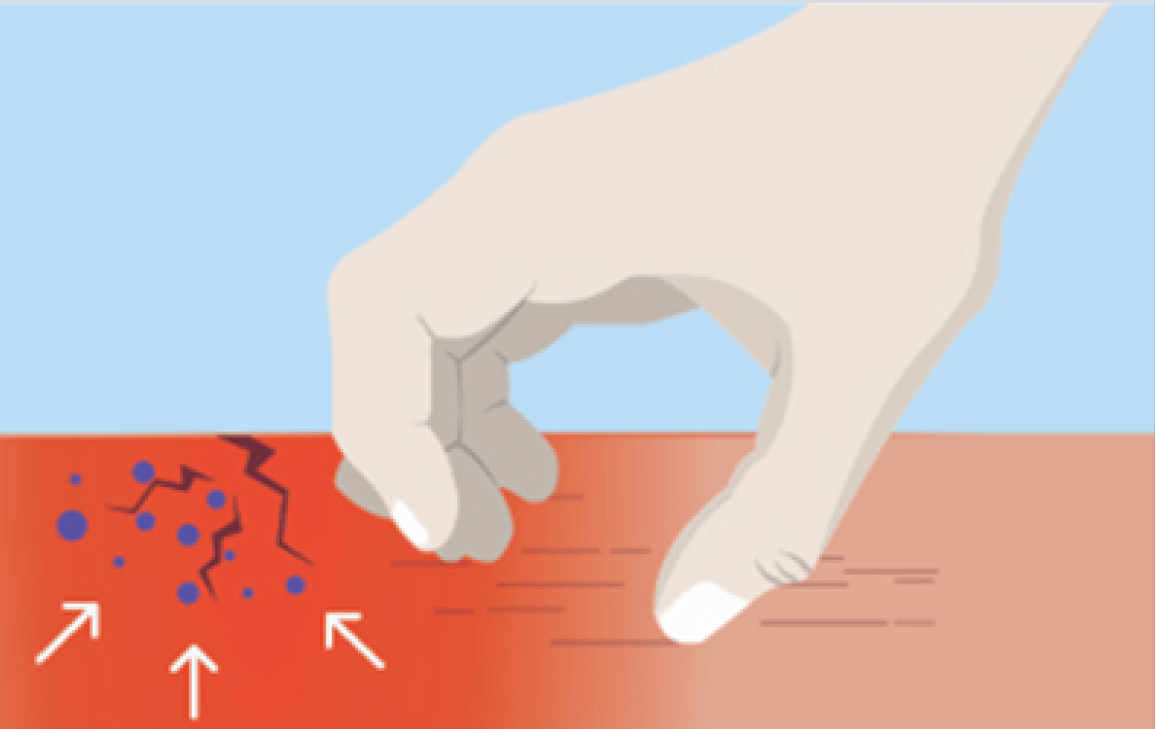 The more you scratch, the more your skin barrier breaks down, and the itch-scratch cycle continues.9 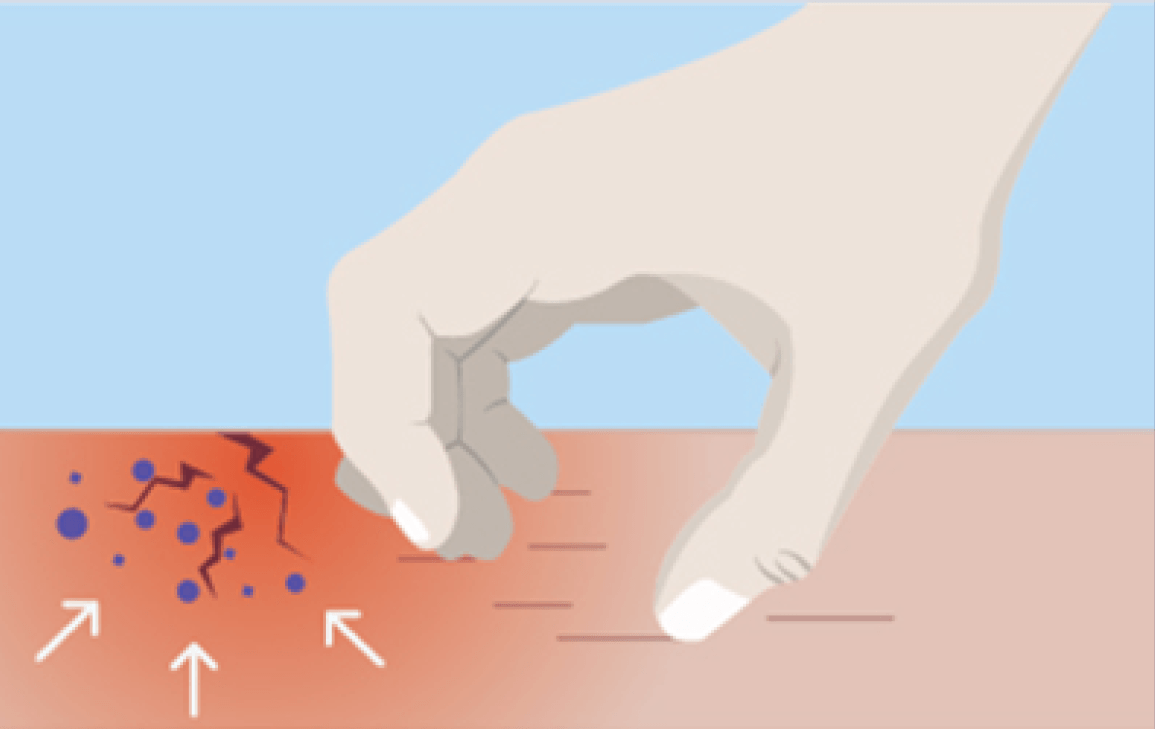 In response to these invaders, the immune system continues to send signals to the surface, causing even more redness and itching.8

In response to these invaders, the immune system continues to send signals to the surface, causing even more redness and itching.8

The more you scratch, the more your skin barrier breaks down, and the itch-scratch cycle continues.9

What is going on inside the body?

Understanding what is happening inside the body can help to explain what you see on the outside. Atopic dermatitis (AD) is often described as a systemic, inflammatory skin disease. This means many different parts of the body can become inflamed as a result of a dysfunctional immune system and an inappropriate external skin barrier10. Combined, these aspects can lead to a person experiencing a wide range of symptoms including dry skin, itching and redness.

The immune system – friend and foe

Whilst many factors contribute to the development of AD, a dysfunctional immune system plays a big part. The immune system is made up of a wide variety of cells that all play a role to fight off bacteria and viruses. In order to fight off bacteria, cells release a variety of different products, with some cells releasing proteins called cytokines. Examples of these cytokines are IL-4, IL-5, and IL-13. Releasing these cytokines leads to inflammation in the body, which is specific, and known as type 2 inflammation11.

It is a fantastic system when it’s working well! However, in AD, this natural defence works in overtime, causing excessive inflammation. This contributes to the symptoms experienced by many.

As mentioned above, it is not just the immune system that can play a role in AD but also the external skin barrier. Whilst those without AD have a functional skin barrier that prevents any bacteria from entering the body, those with AD have a ‘leaky’ skin barrier that allows the bacteria to enter more easily. When bacteria enter the body through the impaired skin barrier, immune cells are activated and release proteins to fight the bacteria. As bacteria can enter the body more easily through the skin in those with AD, the immune cells are continuously and disproportionately being activated13.

As a result of the immune system being highly sensitive and the ‘leaky’ skin barrier, the body reacts to the smallest of irritants, leading to an allergic reaction and an AD flare up13.

There are multiple reasons as to why someone may suffer with excessive type 2 inflammation, from the environment they were born into, their genetics (the DNA ‘make-up’ that makes you, you!) and even psychological factors. Genetics begins to explain why in some cases, conditions such as atopic dermatitis may run in the family10,13.

If you think you may have another type 2 inflammatory condition alongside AD, speak to your healthcare professional to understand more.

What is atopic dermatitis

X
Hello!
Would you like to assess how much control you have had over your AD in the past week?